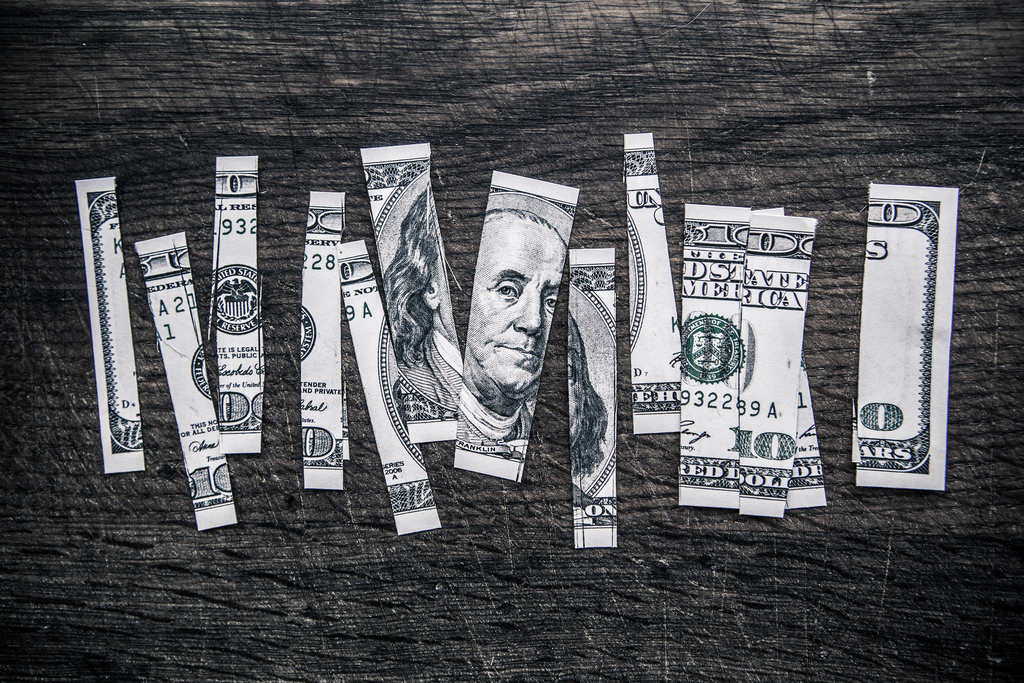 The Cost of Universal Basic Income is the Net Transfer Amount, Not the Gross Price Tag

If we add up the negative amounts and the positive amounts, we see that the poorest three received a total of $26.40, and the richest two lost that same amount. That is the amount of money that physically changed hands, even though everyone put money into the hat, and everyone got money from the hat.

This math problem is what's needed to understand the cost of basic income. Every time someone multiplies the number of people receiving basic income by the amount of basic income, they are saying the correct answer to the above math problem is $84, and that is entirely incorrect. They're calculating the false cost. Such a mistake can also lead to assumptions of inflation, which are just as mistaken. 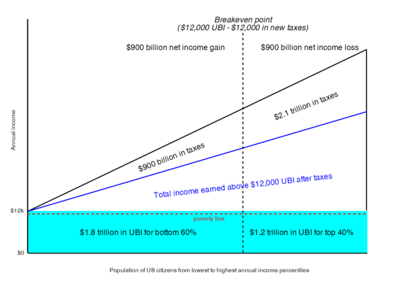 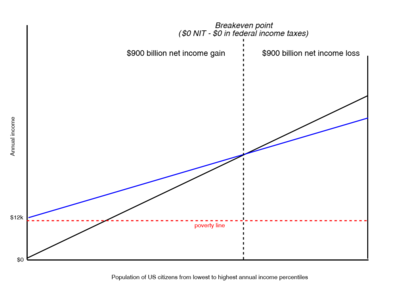 Fun fact: Milton Friedman himself knew UBI and NIT had the same cost. So does Greg Mankiw.

However, for a cost estimate to be even more accurate, we then need to subtract out all the programs replaced by basic income, and all the tax credits replaced by basic income. That total is in the hundreds of billions of dollars range depending on the choices we make, certainly not the $3 trillion gross range or even the $900 billion net transfer range.

Meanwhile the full costs of people not having basic income, aka the costs of not eliminating poverty...?

Have a question about basic income? Here is a list of links that answers frequently asked questions.