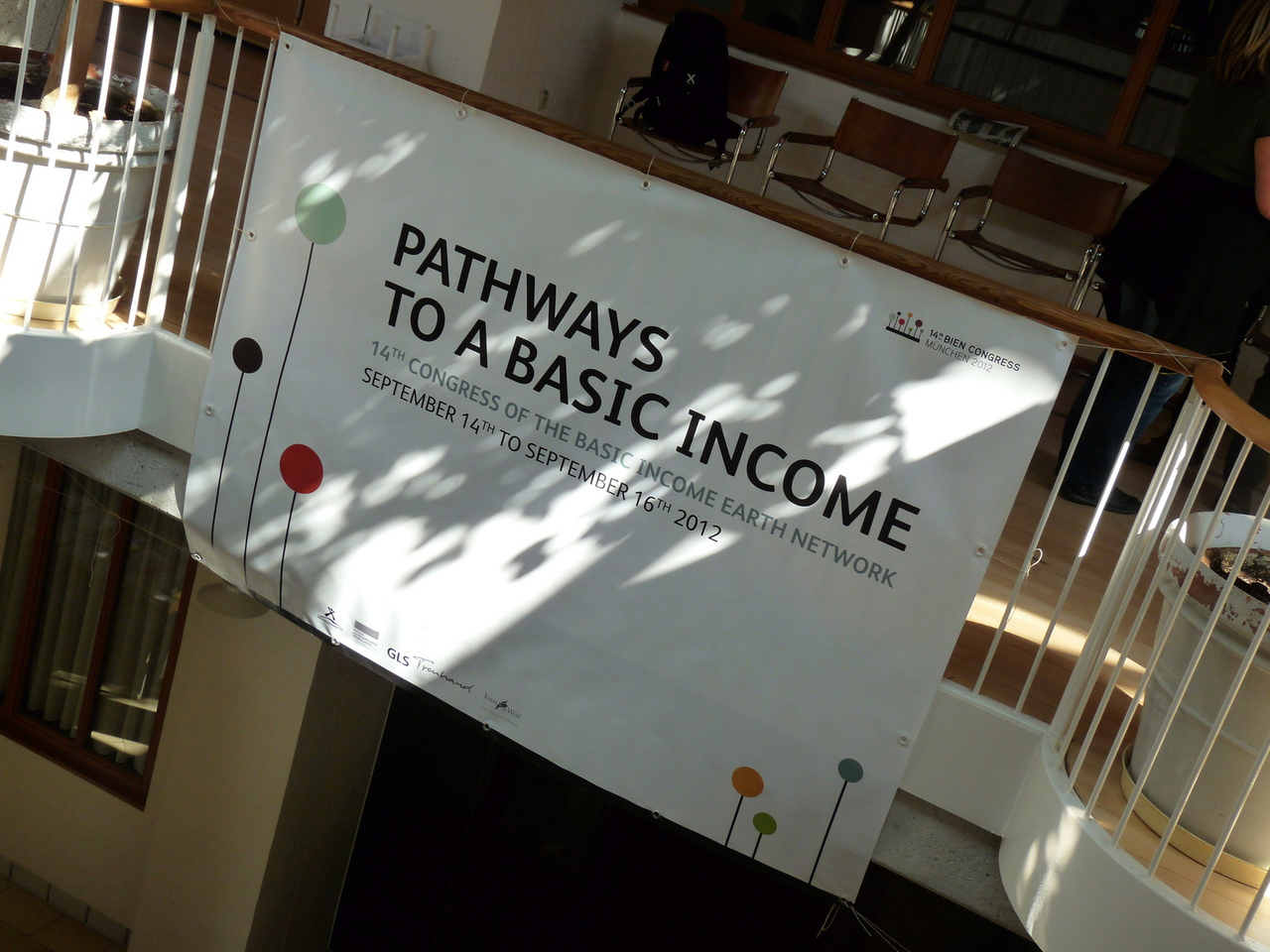 A negative income tax (NIT) and an unconditional basic income (UBI) are two ways of achieving a basic income guarantee (BIG). One gives a varying amount of money according to income, and the other gives the same amount to all and taxes different amounts back. However, among basic income supporters, some of us prefer UBI and some of us prefer NIT even despite the potential for their outcomes to be identical.

A basic income of $12,000 per year achieved using a NIT is basically making the top quintile (the top 20% of income earners) give $1,000 per month to the bottom quintile, $666 to the next quintile, $334 to the middle quintile, and $0 to the 2nd richest quintile. Now, these numbers can be different according to what the amount is set at, and the tax rates used, but that's basically the kind of outcome we'd see.

Meanwhile, a $12,000 per year UBI looks to give $1,000 per month to every quintile, and tax everyone sufficiently to accomplish that. And this can be accomplished in a variety of ways that don't even necessarily include income taxation.

To go a bit further into this comparison here's a hypothetical scenario based on your earning $36,000 right now, with a NIT, and with a UBI.

Example 1 (Control): You are currently drawing a salary of $3,000 per month, for a total of $36,000 per year. After taxes you net $31,000. Your taxes are automatically deducted from each paycheck, leaving you with $2,583 of disposable income each month and you owe nothing and get nothing at the end of the year.

Maybe a NIT is something more economists might prefer, because they are just looking at numbers, but everyone else would not prefer because of its inequality of distribution?

Maybe someone doesn't like the prospect that only poor people get a check that only rich people pay for and would instead prefer the idea of everyone getting a check and everyone paying to make that check possible in varying ways?

Maybe someone thinks rich people shouldn't get anything until they meet the definition of needing something, and that it makes no sense to tax more money than necessary, only to give it back.

So why might it make sense to tax more, when there's no need to? And what's the point of giving more only to take more back?

Well, perhaps the added taxation could be meant to affect behavior.

There are a lot of reasons to see taxation as a useful tool and not something to universally hate.

Also, maybe there is value in the added complexity? Because a NIT requires people to file their taxes even if nothing is earned, that might leave people out, whereas an amount universally given to everyone would be better at avoiding any holes for people to fall through.

Or perhaps it would be far easier to just pay everyone thanks to digital technology, and then figure out what to tax away after the fact? If 80% of the population doesn't need time-intensive calculation, then it would be far more efficient to just calculate the remaining 20% instead of the full 100%.

The main difference appears to be that with a UBI, due to its universality, the cost is shifted more, and this has the potential to affect behavior. But due to all the ways in which this cost can be shifted, it can be a more or less of a net good depending on taxation specifics and intended policy goals. A poorly designed UBI can result in worse outcomes than a NIT, but a well designed UBI can result in better outcomes.

A UBI can also potentially draw more support and maintain it in the long term, whereas a NIT might be actively fought against by those not receiving it, and could lose support over time.

A NIT can only be considered vastly superior if one subscribes to the idea that all taxation is evil, and therefore should always be minimized in all possible cases it can be minimized.

A UBI can only be considered vastly superior if one subscribes to the idea that equality of distribution is of utmost importance and that anything that does not give equally is inherently flawed and/or morally wrong.

The above is in no way exhaustive and is meant to only provide a better understanding. There is plenty of further studying to be done by those who wish to even better understand the similarities and differences between a UBI and a NIT.

Here are three papers for your own research. I recommend reading each of them in their entirety:

If you read all of these, or even just one of them, you'll probably walk away preferring one or the other, even though both guarantee a basic income and both as a result would profoundly improve the systemic outcomes of our respective societies.

And it's that last part I think would serve us all best to keep in mind.