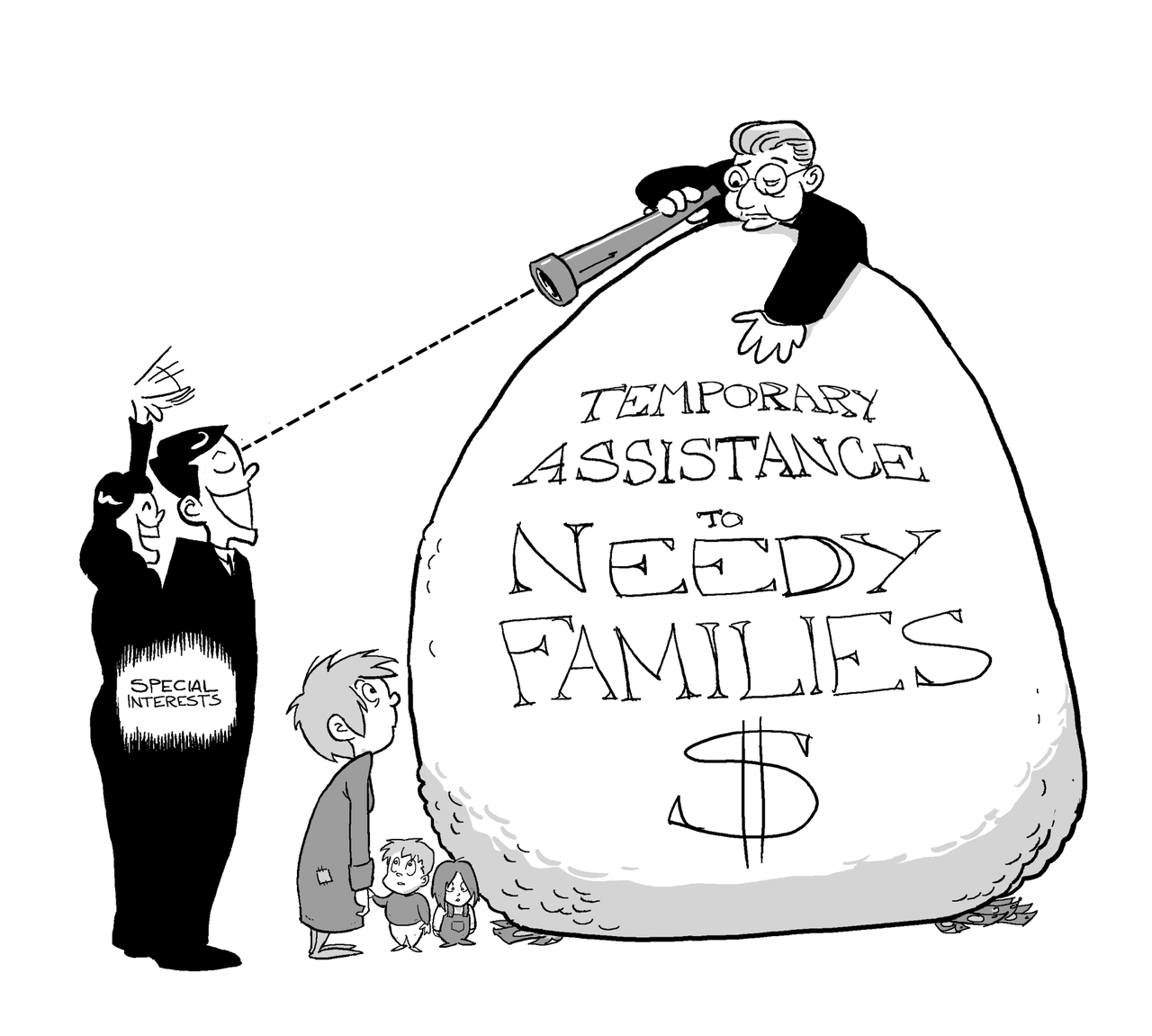 There is a belief in this country that we help the poor, and the poor take advantage of this help to become welfare kings and queens. Both the left and the right perpetuate this myth in their own way. The left believes the government is helping people and the right believes the poor are getting too much. Both sides need to understand how the system actually works, in that it doesn't.

(Note: The following is an adapted excerpt from my full report on the 2015 North American Basic Income Guarantee Congress)

In her session, Diane Pagen gave a presentation that in my eyes represents the final damning nail in the coffin that should be our welfare system. (You can download the PowerPoint file [.pptx] and see for yourself.)

Essentially, block grants are being given to the states by the federal government to spend on their populations living in poverty, and the states, free to use the money as they please, aren’t using the bulk of the money on those in poverty. They are instead trying as hard as they can to not spend the money, so they can treat it as basically profit, for other expenditures instead.

Take Wyoming for example. Wyoming spent $32 million and did not spend the other $21 million in 2011 it had from the federal government to help its 64,154 citizens living under the federal poverty line. How many people received temporary assistance with the money they did spend?

That’s right. 1% of those living in poverty in Wyoming got TANF. It also means Wyoming spent $48,643 on each of those 674 people to give each less than $5,000. Even worse, Wyoming is not spending an additional $31,509 per person that it actually has been given to allocate to those in need, and is instead spending that money elsewhere.

Looking at this another way, imagine if Wyoming said it would use its free federal money to give every single one of its citizens in poverty $842, which it could, and it instead gave them each a $100 dollar bill and pocketed the rest? That’s how block grants work. It allows states to rob the poor as middlemen in a transaction that would have no middlemen with Unconditional Basic Income.

Sounds kind of familiar doesn’t it? We can’t just give people money, because they won’t spend it wisely? Other people know better how to spend that money? Wyoming spends 12% of its free federal money on 1% of the poor for whom it is intended, and it spends the rest elsewhere, not on meeting basic needs, but on job training, job searching, job readiness, job skills, work activities, resume writing… all in a country where at the time there were five times as many people looking for jobs than jobs available (it’s now 2:1). And Wyoming is not alone. It’s only one example. 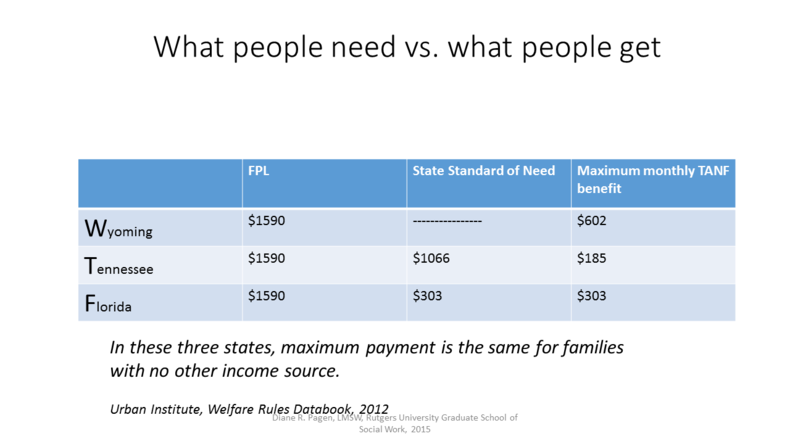 So what’s another example of what states are spending their welfare money on, if not for welfare? In 2013, all 50 states combined spent over $1 BILLION on attempted prevention of out of wedlock pregnancies. Yep, the states are blowing money on behavior modification based on outdated views of religion-based morality, instead of on basic needs like food and housing. TANF really isn’t a program as much as it is purely a funding stream for states they can use however they please.

An actual welfare system does not exist in America. The welfare system as we know it, is actually just welfare for state governments and bureaucrats, and even corporations, not the American people.

Large bureaucracy and infrastructure are being funded to deliver aid to tiny percentages of all Americans in need. Behavior modification has become the main purpose of [welfare], not income support. America is spending billions of dollars a year on a massive behavior modification program that is anti-child, anti-gay, and anti-woman. — Diane Pagen

Federal tax money tagged for distribution to those living in poverty is being siphoned off by middlemen, and those middlemen are government employees. Our system of welfare for the poor is actually a system of welfare for the powerful. American tax dollars are not fighting a "War on Poverty." They are waging a war on efficiency and individual decision-making, by funding bureaucracies that need not exist, in a perpetuation of the false belief they are helping.

The federal government does not know what's best for you.

Your state government does not know what's best for you.

Only you know what's best for you. And if we only stopped creating federal and state bureaucracies to make decisions for us, we could waste less tax money and allow better outcomes for everyone. We can make government work for us.

We can make government work with unconditional basic income.