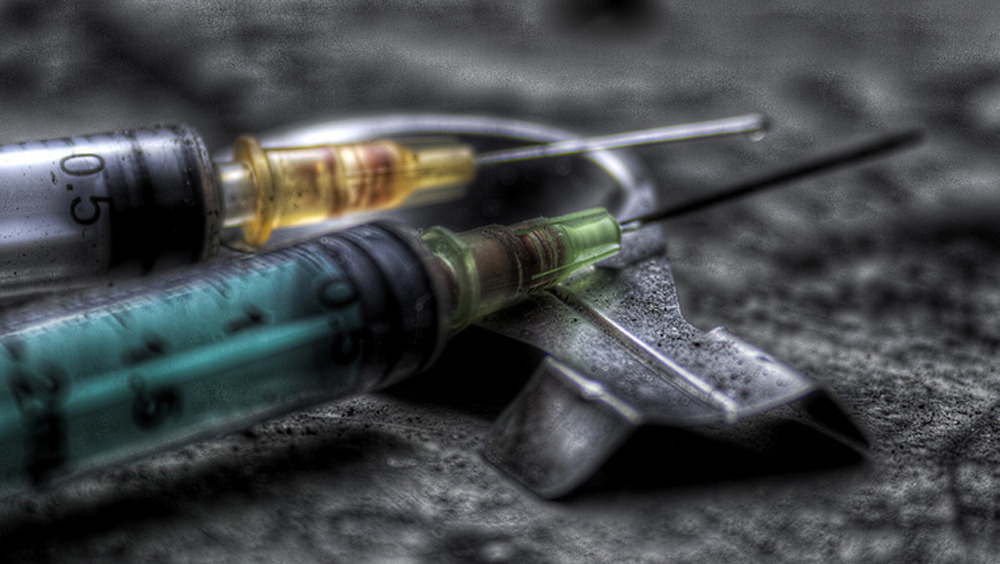 "What do we do about drug users with basic incomes?"

The question of UBI and addictive behavior 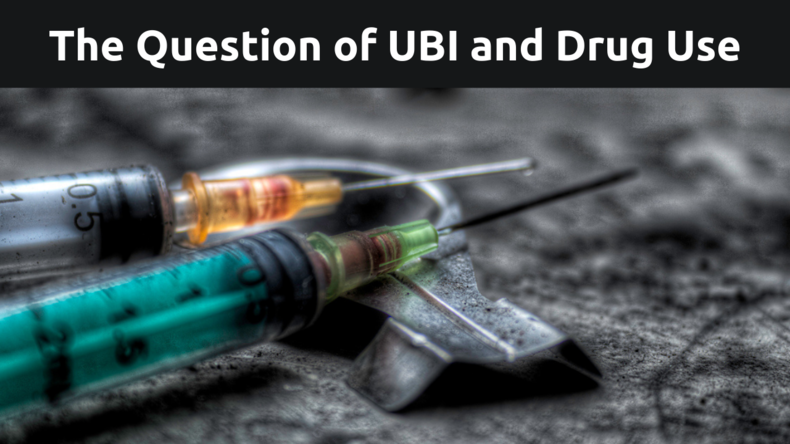 Any discussion about basic income and drug use first needs to be informed by learning more about drug users and their actual behavior.

To start with, please first read this: The Rational Choices of Crack Addicts

[Dr. Carl Hart] hoped to find a neurological cure to addiction, some mechanism for blocking that dopamine activity in the brain so that people wouldn’t succumb to the otherwise irresistible craving for cocaine, heroin and other powerfully addictive drugs. But then, when he began studying addicts, he saw that drugs weren’t so irresistible after all.
.
"Eighty to 90 percent of people who use crack and methamphetamine don’t get addicted,” said Dr. Hart, an associate professor of psychology. “And the small number who do become addicted are nothing like the popular caricatures.”
.
“They didn’t fit the caricature of the drug addict who can’t stop once he gets a taste,” Dr. Hart said. “When they were given an alternative to crack, they made rational economic decisions.”
.
When methamphetamine replaced crack as the great drug scourge in the United States, Dr. Hart brought meth addicts into his laboratory for similar experiments — and the results showed similarly rational decisions. He also found that when he raised the alternative reward to $20, every single addict, of meth and crack alike, chose the cash. They knew they wouldn’t receive it until the experiment ended weeks later, but they were still willing to pass up an immediate high.
.
“If you’re living in a poor neighborhood deprived of options, there’s a certain rationality to keep taking a drug that will give you some temporary pleasure,” Dr. Hart said in an interview, arguing that the caricature of enslaved crack addicts comes from a misinterpretation of the famous rat experiments.
.
"The key factor is the environment, whether you’re talking about humans or rats,” Dr. Hart said. “The rats that keep pressing the lever for cocaine are the ones who are stressed out because they’ve been raised in solitary conditions and have no other options. But when you enrich their environment, and give them access to sweets and let them play with other rats, they stop pressing the lever.”

Changing an impoverished environment to an enriched one, results in drug rewarding levers no longer being pressed. This is really important to understand.

It could very well decrease it.

How? What's the possible mechanism of reversal?

The structure of our brain, from the details of our dendrites to the density of our hippocampus, is incredibly influenced by our surroundings. Put a primate under stressful conditions, and its brain begins to starve. It stops creating new cells. The cells it already has retreat inwards. The mind is disfigured. The social implications of this research are staggering. If boring environments, stressful noises, and the primate’s particular slot in the dominance hierarchy all shape the architecture of the brain—and Gould’s team has shown that they do—then the playing field isn’t level. Poverty and stress aren’t just an idea: they are an anatomy. Some brains never even have a chance.
.
On the other hand, enriched animal environments—enclosures that simulate the complexity of a natural habitat—lead to dramatic increases in both neurogenesis and the density of neuronal dendrites, the branches that connect one neuron to another. Complex surroundings create a complex brain.

So there's a very good chance that here we are worrying that those in poverty will blow their basic incomes on drugs, and yet neurobiological findings seem to indicate that lifting people up out of poverty will reduce drug use, and actually make for healthier, and even smarter brains.

This conversation also needs to be informed with a better understanding of what addiction really is, in all its forms. I think Dr. Gabor Mate is the most knowledgeable in the area of addiction, and so I recommend watching him talk about it, or reading his written words. Here's a short 3-minute clip for a quick summary of what he's learned:

Addictions are the result of pain. They are pain relievers. It's self-medication.

The hardcore drug addicts that I treat, are, without exception, people who have had extraordinarily difficult lives. The commonality is childhood abuse. These people all enter life under extremely adverse circumstances. Not only did they not get what they need for healthy development; they actually got negative circumstances of neglect. I don’t have a single female patient in the Downtown Eastside of Vancouver who wasn’t sexually abused, for example, as were many of the men, or abused, neglected and abandoned serially, over and over again. That’s what sets up the brain biology of addiction. In other words, the addiction is related both psychologically, in terms of emotional pain relief and neurobiological development, to early adversity.

There is also an inequality in the way we look at addictions, where the addictions of the poor carry a stigma, and the addictions of the rich, do not. When was the last time we heard concerns about all the cocaine those on Wall Street will use with all their huge bonuses? What about the addictions of power we see in the rich? Or shopping? Or even money itself? There are many forms of addiction that can consume our lives, and yet we mostly just look down at those in poverty, from atop our crates of entirely acceptable fine red wines.

We can also look to evidence from actual basic income experiments that increases in usage of drugs like alcohol just aren't observed. In Namibia where people were given basic incomes, aside from a first payout spike, alcohol use did not increase as feared.

The same observation was made in India with the basic income experiment there. Here's a quote from one of the villagers of what they learned about others:

Everyone, all the official people, had to laugh at the idea of giving poor people money. They said, ‘The poor are irresponsible, they don’t know what to do with money, they are unbankable, they can’t manage bank accounts. The whole idea is crazy.’ Even we were sometimes unsure, but we were really surprised each time that we had a story to tell. This is our story: poor people are responsible for themselves and their families. It is prejudice that they will drink it all away. We have learned that we can always trust the poor.”

The same observation was again made in Kenya and Uganda by GiveDirectly:

One of the main benefits of giving cash is that people can use the cash to buy whatever they want or need. When people first hear about cash transfers, this freedom is sometimes one of the things they worry about - “and… they can just spend it on anything?” But it turns out that, on average, people don’t use cash transfers to increase consumption on things like alcohol or tobacco. Instead, cash transfer recipients are more likely to use the money to make investments (buying tin roofs or livestock) that have big dividends over time.

There's also a very interesting story learned from a GiveDirectly survey where it was discovered one of the villagers addicted to alcohol used his money to start his own business:

Someone who had saved some money and was now able to buy a second hand motorbike and is now helping in as it is for business. people never thought he could do this because he is a drunkard and no one thought he would have a clear mind to think of something such big.

If we look at evidence from cash transfer programs all over the world, we find the same observations everywhere:

We can even look at an experiment where actual drug users and dealers on the streets were given cash to see what they did with it. The results?

A few years ago, I started working in Liberia’s urban slums. My colleagues and I sought out men who were homeless or made their living dealing drugs or stealing. Many abused alcohol and drugs. We tested different programs in a randomized trial of a thousand men. One thing we tried was giving out $200 in cash. Almost no men wasted it.

It's kind of mind boggling isn't it? All of this shows how it's pretty clear giving people money is unlikely to increase drug use among current drug users, and may even decrease it.

But what about future drug users?

Again, according to Gabor Mate, all forms of addictions are mostly born in childhood at the hands of both impoverishment and abuse. So what about the potential effects of basic incomes on childhood abuse?

The notion that economic hardship leads to increases in child abuse is not new -- scientific research and anecdotal reports have long shown a relationship. For example, the Los Angeles Times reported during the recession in 1994 about increases in child abuse and neglect in Los Angeles County. In recent years, the co-authors noted in the Pediatrics study, articles in the popular press including this one and this one have again stoked concerns that abuse was on the rise as the economy worsened. -Source: Los Angeles Times

As economies worsen for families, child abuse rates increase. As economies improve for families, child abuse rates decrease. Why this is should be common sense. Those living on the edge of poverty or within it experience far greater amounts of stress, and that stress manifests itself in a variety of ways, one of which is taking matters out on one's family, both mentally and physically. Lack of money also makes it difficult for family members to escape from these situations.

Stress is further a result of relative inequality, through hierarchical mechanisms of perceived lack of power and control.

Fortunately, basic income will also directly reduce income inequality, and so will likely have the effect of reducing the stresses that arise from our current extreme levels of inequality.

We even have support for reduced stress through Manitoba's reduced hospitalization rates during its 5-year Mincome experiment which was pegged to reduced stress.

With universal basic income there is the potential for all of this because UBI is a "social vaccine." It vaccinates kids and their entire families against poverty and a potential emergent effect of this is to further decrease addiction rates decades later, in addition to decreasing rates immediately among adults.

So, if we put all of this together, and read all the real-world observations for ourselves, it becomes very difficult to fear a future where universal basic income allows people to live in a subsidized drug-addicted world. A basic income could indeed allow people the freedom to use drugs, but that's not the decision people actually tend to make with their freedom when they suddenly have increased access to resources.

Drug use at its core, like poverty itself, is the result of a lack of access to resources.

Addictions dull the emotional pain of an impoverished life. Sufficiently increasing access to resources with basic income allows for choices other than drugs, and most people do prefer those choices over drugs, and actually make those choices when finally given the chance.

When are we going to start giving ourselves a chance?