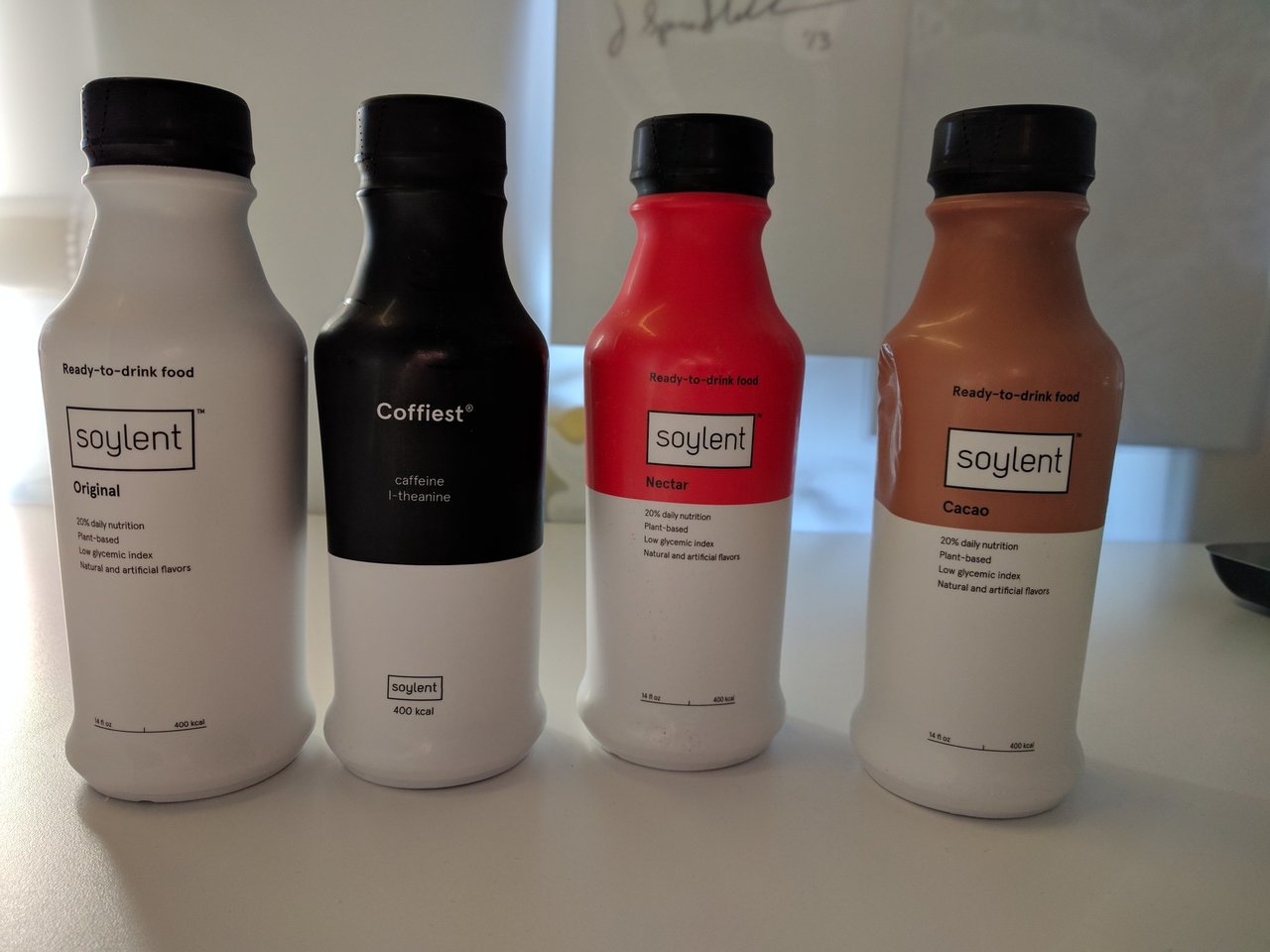 Many of you reading this already know this, but for those who don't, I have a crowdfunded basic income. This means that I start every month with $1,000 as my absolute minimum for the month no matter what. I'm free to then earn any amount on top of that $1,000, but I never earn less than that in any given month. That's a basic income. It's an unconditional income floor.

Some confuse this idea with welfare but the two ideas are like night and day. Because welfare is removed with earned income, instead of kept in addition to earned income, there is a distinct disincentive to earn additional income with welfare, but not with basic income. Welfare also involves the provision of things like food stamps instead of money to buy food, and housing vouchers instead of money to buy housing. Welfare is paternalistic. Basic income is trusting.

In short, conditional welfare is about the limiting of choices, and unconditional basic income is about creating choices without limit.

With that said, there's a new choice I've been making that I'd like to talk about. I've recently become a huge fan of Soylent 2.0. I absolutely love the stuff. It's a 400-calorie meal replacement drink that's about $3 per bottle. It's technically possible to live on it and only it. It's something that takes zero seconds for me to make and less than a minute to consume, which is great for me because despite my love of cooking, I hate spending time eating breakfast and lunch on weekdays. It's something I've always wanted since I was a kid dreaming of sci-fi meals in pill form. It's even something I actually contributed to on Kickstarter to help make it a thing. It's vegan, so two-thirds of my meals can now be meat-free. It's proudly GMO, which the scientist in me loves. And it's also a food I would not be allowed to purchase if I were receiving food stamps.*

It's that last part that really bothers me. Why should some politician or bureaucrat be allowed to control what foods we can or can't buy to best meet our own daily dietary needs? Should certain companies and the foods they sell get preferential treatment for lining the right political pockets? Should politicians be able to prevent their constituents from buying seafood because they themselves personally see that as a luxury food?

If the big concern is that people won't responsibly buy healthy food or even food at all if given money to spend on anything, we've studied this stuff. Mexico compared giving food to giving cash and found that people used cash to buy food. That should not be shocking, but for some reason for many it is, especially those who think it would be spent on "temptation goods" which we conclusively know is false from a review of 30 studies that even shows the opposite effect. If that surprises you, what may be even more surprising is how Kenya started giving people cash instead of food and years later discovered 9 out of 10 recipients had at some point used some of it to start a business or restock their herds. In other words, 90% treated it as capital instead of just money for food!

This is why what people fear most about giving people cash is also its greatest strength. Cash can be used on anything in an infinite number of creative ways. It allows maximum flexibility whereas non-cash welfare provides very little flexibility. That is of course by design, but that design is truly counterproductive and shockingly full of holes.

Having a basic income means that I get to make my own choices. I therefore choose to spend about 10% of my basic income on Soylent, such that it is my breakfast and lunch five days a week every week for the foreseeable future. How much do you spend in total on breakfasts and lunches, Monday through Friday, every month? For many of you, that amount will exceed $100. That's your choice. This is mine. Those on food stamps don't even get that choice. They have no choice but to accept the limits imposed on them, even if such limits cost them (and therefore the taxpayer) more money than the lack of limits would.

With a basic income, I am free to get creative in meeting my dietary needs. By creative, I don't only mean Soylent itself, but how I go about buying it. A 12-pack of Soylent costs $34 on Amazon. That's $2.83 per bottle. However, there's a 15% discount for subscribing to at least five products on Amazon. Soylent is shelf-stable. That means I can stock up and therefore setup six different subscriptions such that I receive six cases every two months instead of three every month. That drops the price to $2.41 per bottle. According to what I've seen on /r/Soylent, there are other creative ways out there of dropping the price even further.

The above example is also meant to show how it is counterintuitively more expensive to be poor. Greater access to money can save money. Everyone who shops at Costco knows how much cheaper food is to get in bulk, despite the greater upfront costs and membership fee. $100 per month in food stamps is not the same thing as $1,000 per month in basic income, not only because of the amount, but because basic income allows someone the new option of spending $300 on far more groceries than would have been possible with $100 per month in food stamps for three months, despite the total amount spent on food in both cases being $300.

Another important aspect of choice is competition. Imagine for a moment you have food vouchers and have ten stores around you, but only one accepts your vouchers. For you, there exists no competition. That store can overcharge because of its artificial monopoly just like company stores once did by paying their workers in company scrip instead of cash. This can mean that even though a gallon of milk is around $4 at the other nine stores who are in competition with each other, a gallon of milk is $6 at the only store you can buy milk at with your voucher. Replacing that voucher with cash however, means all stores have to compete for your business, which also means lower prices for everyone, not just you. Cash means more choice, because everyone is competing for that cash.

It is this aspect of basic income I really want to emphasize with this post. Basic income creates new choices. The existing system makes lots of choices for people, while also actively preventing even more choices from ever being made. Such a paternalistic system of strings and walls actively inhibits both creative thinking and long-term thinking. It therefore also means less innovation. 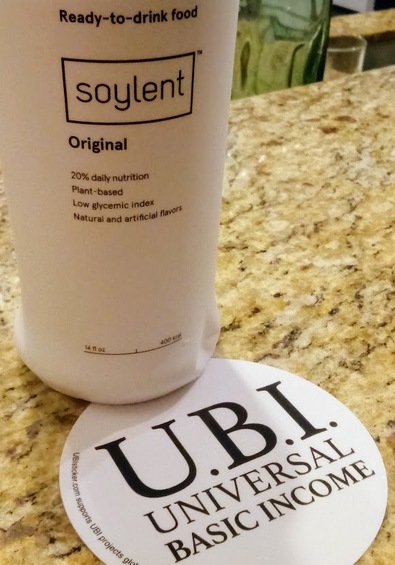 With my basic income, I have full control over my own daily nutritional requirements. And my personal preferences are my own. Most people want to take time out of their days to eat breakfast and lunch. I don't. I'd rather drink my Soylent and get back to work. However, you likely have some other preference, and whatever that preference is, you should not be prevented from it, "for your own good", by those who get off on feeling like they've saved you from yourself, thereby validating them to themselves as somehow better than you.

As for what's best for me? I choose Soylent. In fact, it makes me so happy that you're more than welcome to ship some my way anytime, because I'm just going to buy it anyway, and a stockpile would make me that much readier for any potential zombie apocalypse scenario...

UPDATE: A reader has provided such a great reply to this post, that I'm including it here:

Here in Europe it's not as easy to get the original Soylent -- instead, I've been consuming Joylent (which is powdered and flavored), for about a year now, also as breakfast and lunch during weekdays. It is hard to convey to other people how liberating it is, since everyone tends to focus on the flavor and texture aspects that I'm renouncing. Just like with poverty, the hidden costs in time and money, stress and even health (a more balanced diet) are largely ignored.

I do spend less on food, and am less concerned about the nutritional value and balance of my meals, but the main advantage for me is the freedom from constraints like time, location, and "infrastructure" (table, cutlery, etc). In a very close parallel with UBI, which decouples income from work thus allowing us to do the work we want to do rather than the work we have to do to pay the bills, so does Soylent decouple the pleasure of eating (the taste of the food, the social aspect, cooking as a creative activity) from the need to satisfy our bodies' hunger. We get to choose when we want to have a nice meal, rather than be forced to prepare meals all the time because the alternative is hunger or malnutrition.

The above is in no way a paid advertisement for Soylent. I seriously just love the stuff and think it provides a great example of a new food option. Also, you're welcome to try your first 12-pack for 50% off using this link which will give me nothing, but will save you money and also give $1 to World Food Program USA.