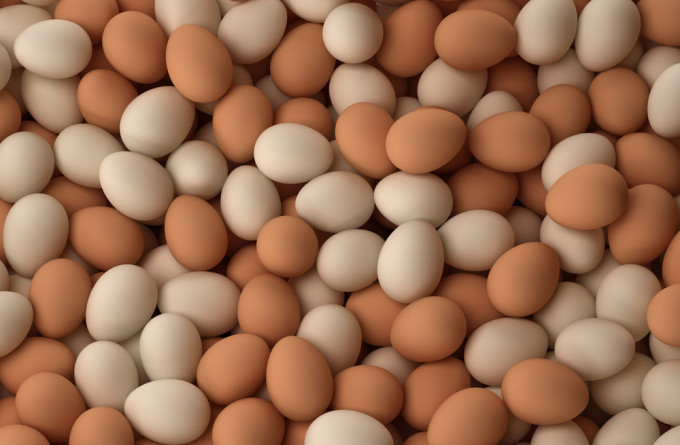 A story of eggs, cash, and basic income

I love watching documentaries and one of my recent favorites on Netflix, aside from Noam Chomsky's "Requiem for the American Dream", is "Poverty, Inc." I highly recommend just watching the entire film yourself, but there is one story from it that is one of my new favorites to share onward, and that's the story by Peter Greer who is the CEO of Hope International. As soon as I first saw it, I immediately even recorded it onto my phone and shared it on Twitter. It is such a short and simple lesson of the unintended consequences of giving goods instead of cash to buy goods.

Transcript: Growing up, the model that I saw was this model that we would have a shoe drive at church, and we'd all give our excess shoes. We never knew what happened but we knew we were responding to this desire that we had to help the poor... the vulnerable. What I experienced living overseas, especially in Rwanda, was the end of the story. The collection in some ways is the easy part. The distribution is where there are a lot of complications, and I had my eyes opened to this through a friendship with Jean.

Jean was a friend in Rwanda and he told me this story that after the Rwandan genocide, that he had a church from Atlanta that started sending over eggs, and ended up just distributing eggs in a small community outside of Kigali.

And this seems like a great thing to do, right? The church wanted to help after the genocide. But Jeano a few years before had started this small egg business himself. He put this investment in all the materials that he needed to start this egg business. His business was starting to grow. It was starting to take off and then all of a sudden in one summer, there comes this surplus of eggs that were flooding the market in his area. And so this desire that the church had to really take care of a need, it did take care of a need, but the problem is that it put Jeano out of business. He ended up selling his hens, and then the next year the church decided to focus its attention to somewhere else in the world.

Jeano was out of business. No one else was there providing eggs, and so they had to bring the eggs in from another community. So this desire to help in that community, according to Jeano, actually had a long-term negative impact on that community.

Yet another frequent response to the idea of giving people an unconditional basic income, is why not just give them goods like food instead of money? Money can be spent on anything, and if we want to help people, isn't the best way to be paternalistic about it and limit people from making any choices save for those we decide for them are the right ones?

In the example above, the logic of the church was absolutely paternalistic. It was also naive. It knew people were hungry and decided eggs were the right thing to eat. It also either assumed that there were no local markets there capable of providing eggs, or that there were but if they gave people money, they might be too stupid and/or irresponsible to buy eggs.

So this church got together a bunch of eggs, and shipped the eggs, and distributed the eggs and this unavoidably involved all kinds of costs in the form of human labor and time, to the point a great deal of money was likely spent on stuff other than actual eggs, and the end result was not only a short-term positive impact (at least for those not put out of business and who enjoy eggs) but more importantly a long-term negative impact that was also extremely inefficient and wasteful.

Now if the church had provided money instead, it would have been extremely efficient because money is now just 1s and 0s. And because money can be used to buy anything, including eggs, chickens, and chicken feed, among other things, the money would have helped on both the supply end and the demand end. Jeano could have invested more in his business, and he also would have had more customers, which would have further grown his business. He may even have seen new competition or business partners from others going into business for themselves. Meanwhile, those who don't like eggs would have been happier too. They could have used that money on other things in their local stores, and the entire local economy would have been better off. New businesses could have sprouted and flourished. More goods and services of many other kinds could have been introduced making everyone better off in both the short-term and the long-term.

But that's not what happened because some paternalistic-minded people thought eggs would be better than money.

The above story is a great window into how we go about trying to solve poverty. Instead of simply giving people money to engage in markets we give them what we want them to buy, which is bad for the local markets of which they are part. We depend on food banks where people can get free food instead of just giving people money to buy food in stores. We subsidize the hell out of our agricultural goods and then ship our huge surplus of unrealistically cheap goods like rice and corn all over the world which distorts markets and only helps sustain poverty instead of alleviating it. Worst of all, an entire industry now exists to profit off of and perpetuate poverty. And it's all based on a lack of trust, and an unfortunate desire to maintain control over others.

Some organizations are different though. Some do trust because they care about data and the scientific method. 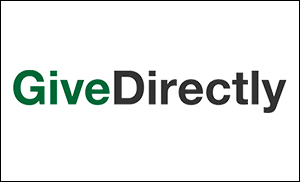 GiveDirectly is an organization that isn't trapped in paternalistic thinking. They know giving cash to people is the most efficient thing one can do, and is also something that allows an infinite number of creative possibilities because money can be spent on anything. They know money helps grow markets. They know money creates new choices. And they care about what works through rigorous focus on data and actual human behavior.

This is also why GiveDirectly is planning the biggest test of universal basic income to date, by giving at least 6,000 people in East Africa basic incomes for 10-15 years. The data has spoken. Giving people cash works, so now the question is just what happens when entire communities have permanent free access to markets via cash for at least a decade.

We've seen it work for years at a time in places like Namibia where it tripled self-employment, and in places like India where it resulted in three times as many businesses being created than in control groups not given basic income, and in Liberia where one third of those who received the income started their own business. We know people use money as capital for business formation and we know people use money as consumers to be their customers. But what else happens?

Just what is possible when we give people money for over a decade instead of eggs?

We're going to find out. Would you like to help?

Like my blog? Please subscribe and also consider making a small monthly pledge of support for my work in advocacy of universal basic income.