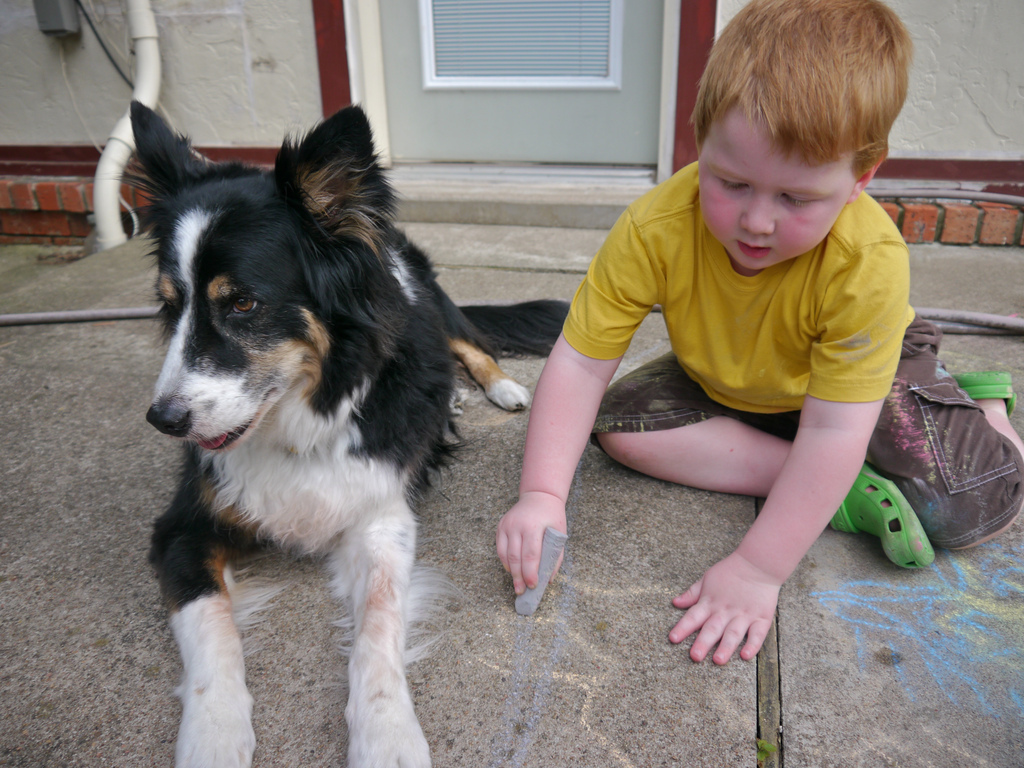 Why should adults with kids get more basic income?

The question of child allowances

This is a question that shows a particular perspective in the very way it's framed.

What about this question instead:

"Why should kids get basic incomes too, and not just adults?"

Here's the deal. I advocate a universal basic income of $1,000 per adult and $300 per kid per month. That's my suggestion as a starting point, and I think the partial basic income for kids is extremely important.

If you view a partial basic income of $300/mo per kid as a bonus for some adults, not others, and nothing for kids, you might view it as unfair.

If you view a partial basic income of $300/mo for kids as being for the kids themselves, while all adults earn $1,000, you might view it as entirely fair.

So, as is not entirely uncommon, it depends on how we look at it.

I want to make sure we understand each of these perspectives and how both can think of themselves as being the fair one, and the other the unfair one, so when we debate about this in the years ahead, we can better understand each other.

It is hopefully apparent that both A and B both look fair, and each view's of the other doesn't.

So where's the key difference? What's the belief at the center of each perspective?

The difference I think is how one looks primarily at kids as being either a human being or a choice.

What do I mean?

Well first, let's understand that parents require more resources because kids consume more resources. They too eat. They drink water. They use electricity. They require an amount above and beyond the adult's requirement, because without it, the adult and the child both would be impoverished.

If we accept that as fair, and then give more to childless adults too, the cost of UBI jumps from $3 trillion to $3.5 trillion ($1,300/mo per adult and none for kids), and it no longer eliminates poverty for larger households. So it costs more and doesn't work as well. Then, if those childless adults become parents, they lose access to resources and become worse off, which again can result in those households living in poverty, which is exactly what we don't want.

If you personally feel people should be effectively punished for having kids or rewarded for not having them, it's likely you see it as a personal choice and one to be paid for personally. It's a fair point, but to me that perspective almost views kids as pets or even objects instead of people. Like it's their own fault for adopting a dog, because dogs cost money and basic income is not meant for dog food. And I totally agree with this. Basic incomes should not be increased for pet ownership.

Kids require food. And for the same reason adults should have their basic needs covered, children should too, because they too are human beings who also require their own resources to live.

I just don't think it's the same thing to say that because someone went out and got themselves a kid like they could have a pet, that their access to resources should not be sufficiently increased because it was their choice.

For one, oftentimes, there's no choice involved at all. Plenty of people get pregnant without choosing to do so. But more importantly, once a kid is born, that kid needs food, and because the parent also needs food, that parent needs more food to supply to the child who can't really supply it themselves.

Giving nothing to kids, or more to those without kids in an attempt to be more fair, does nothing for those who then have kids. They're worse off, and so are the kids. And then so are the rest of us.

The main point to understand here is that kids cost money... lots of money.

It will cost an estimated $241,080 for a middle-income couple to raise a child born last year for 18 years, according to a U.S. Department of Agriculture report released Wednesday. That's up almost 3% from 2011 and doesn't even include the cost of college.

The biggest price tag is for families in the urban Northeast earning $105,360 or more. They will spend $446,100, much more than the national average, according to the report. Meanwhile, families earning less than $61,590 a year in rural areas will spend the least, at $143,160.

This means that even families spending the least, are spending $8,000 per year per kid. Since a partial basic income for kids of almost $4,000 would be about half this, that means such an amount would in no way make kids suddenly profitable to have.

In addition we know that poorer families prioritize their spending more on their kids than more affluent families, so concerns that the money will be wasted are unsupported.

We also know from cash transfer programs all over the world, that giving money to parents for each kid, does not actually result in the fears of welfare queen baby factories that an unfortunate percentage of people hold. But that's not even where the evidence trail ends. According to the WHO, there's also evidence basic income could reduce long-term fertility rates.

So here we are worried about an explosion of kids, and not only does the evidence contradict this, it also supports the possibility of fewer kids over time.

Finally, the idea of not providing an additional amount for kids such that parents are effectively punished for having them and childless adults are effectively rewarded, is something that would be extremely less likely to pass as policy. Why?

Just look at all of our current policies and our rhetoric. It's all about families. There's just no seemingly conceivable way a basic income guarantee is going to be passed into law that steps on families in favor of single adults and childless couples. That would only be possible if suddenly everyone started demonizing "hard-working families", and we all started elevating the idea of "virtuous singles" and "childless champions" or something.

Just how likely is that?

And also, is it something we even want?