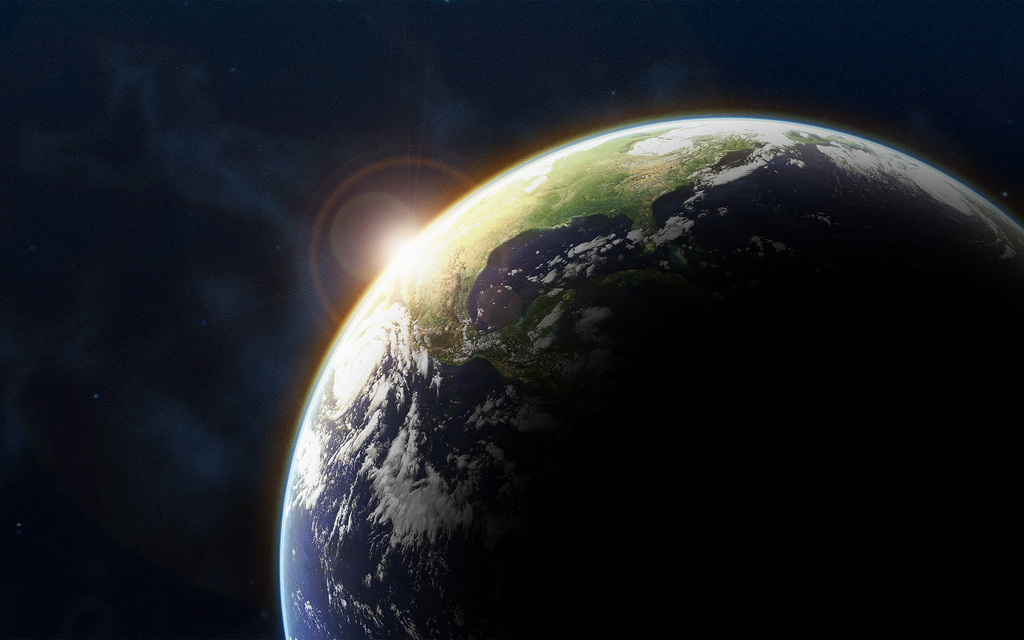 Why universal basic income instead of just lower taxes? 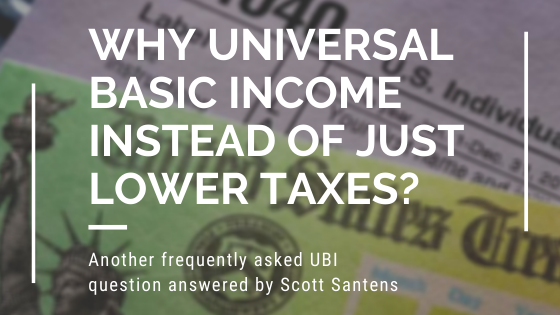 A frequently asked question in response to universal basic income that comes mostly in response from conservatives is some variation of, "Why don't we just tax people less if we want them to have more money?" It's an entirely fair question to ask, especially if you're paying more than $12,000 per year in taxes, and we're talking about a UBI set at $1,000 per month. $12,000 is indeed equivalent to $12,000, but they're still very different, and lead to much different outcomes. I'll explain why using an analogy.

The difference between UBI and tax cuts is that the former is a return on investment and the latter is a decrease of what's invested.

To go further into this analogy, imagine two towns that each have the same annual tax revenue and they also each know the best way to solve the problem of people not having enough money is to increase the amount of money they have. Town A provides a small UBI and Town B cuts taxes. There are some notable differences in results despite being identical total amounts of money.

In the end, Town A successfully reduces both poverty and inequality, and greatly increases their local GDP, number of jobs, and their tax base as the homeless move from costing the town money to supporting the town through their productive work, consumption, and tax revenue.

Town B increases disposable incomes using a flat payroll tax cut. Because everyone gets the same percentage reduction in taxes, the poorest 20% of the town sees their disposable incomes increase by a tiny amount because a small percentage of a small amount of money is a tiny amount of money. For the extreme poorest, those without any incomes at all, the tax cut does absolutely nothing for them, because they aren't paying any taxes to cut. They remain unable to get jobs, because they can't afford housing or new clothes. For the town's middle 20%, the tax cut is the same welcome 12% boost in disposable income as Town A's UBI, equivalent to a generous raise from their employers. For Town B's top 20%, the resulting disposable income boost is equal to twice the amount of money the poorest 20% of Town A received. Town B's rich are very happy.

In the end, Town B barely reduces poverty, actually increases inequality, and barely increases their local GDP, number of jobs, and their tax base, because as it turns out, economies are driven by spending and they only succeeded in increasing the spending of those in the middle who were already buying stuff. The rich in Town B just sent their money to their offshore bank accounts.

In summary, it is true that cutting taxes benefits mostly only taxpayers, and the rich more than the poor, while UBI benefits everyone, and the poor more than the rich. It is also true that cutting taxes starves an economy of mass consumer spending power by concentrating money into fewer hands. But perhaps the primary difference is that lowering tax rates merely benefits existing taxpayers while UBI benefits existing taxpayers and future taxpayers.

In a country where we tell each other to pick ourselves up by our bootstraps, a tax cut is promising people without boots that we won't take their boots if they stand, while UBI is making sure everyone actually has boots upon which to stand.

We must recognize that the dividends that stockholders receive do not make them lazy. Dividends are a return on investment, and the investment part is key. Sure we can make money by cashing out our investments, but the smarter thing to do is to take those returns and reinvest them in the smartest investment of all - each other.

In real world terms, a payroll tax cut will reduce what we invest in each other. It will reduce Social Security and Medicare. It will do very little to boost the economy, which could very well lead directly to another depression by way of allowing a deflationary spiral as a result of the bottom half of America being unable to spend on anything but their most basic needs.

A UBI is the act of investing in each other. It will do a great deal to boost the economy, which will successfully stimulate us out of recession by way of greatly increasing the consumer spending power of the entire bottom half of America by covering the costs of basic needs so that all additional income is discretionary income.

There is no better way of stimulating the economy than by returning a monthly cash dividend to the stockholders of America.

There is no worse way of surviving a disaster, than by reducing our investment in mass resilience.