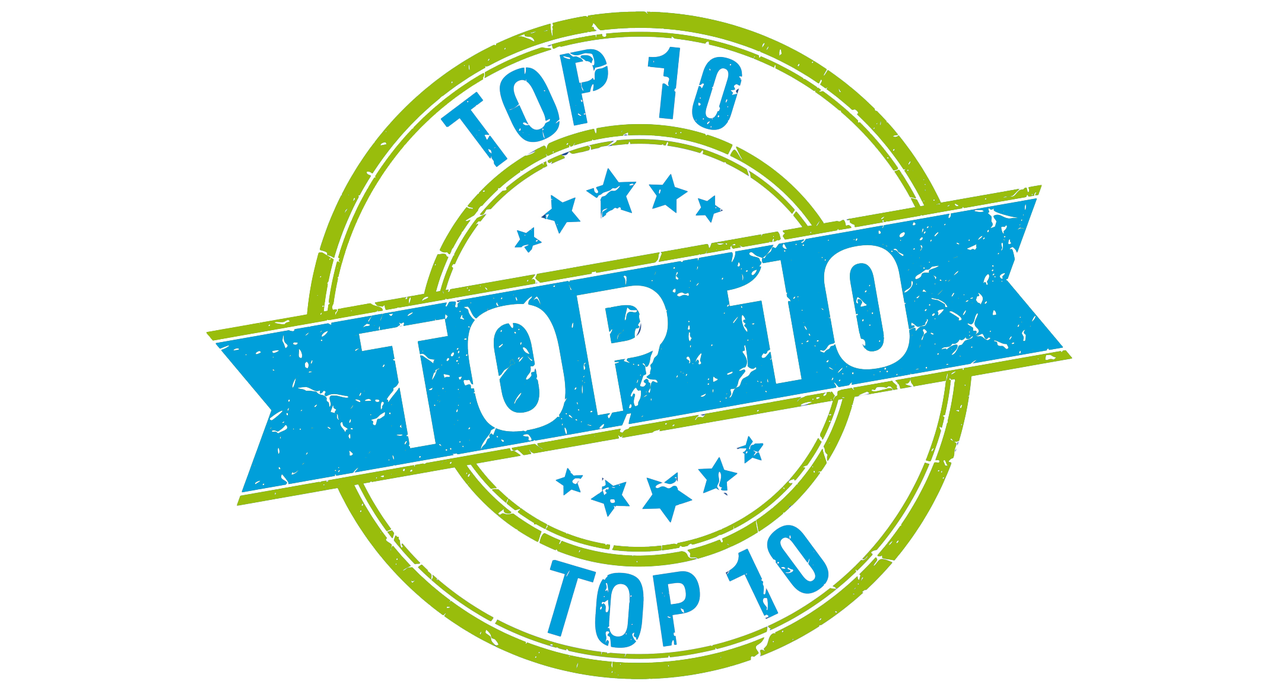 A look back at my favorite UBI reads of the year 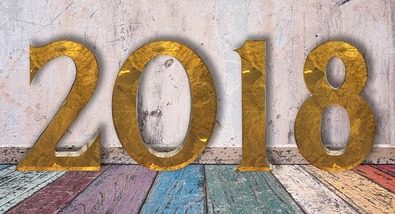 As a moderator of the /r/BasicIncome subreddit, I read a lot of links every year about UBI, probably around 100 per month. Once again, as I did last year, I've compiled a list of the ten articles/papers/reports I consider the most important to read out of everything published this year. Please bookmark, read,and share away!

My first selection for this list is one that never even mentioned the words "basic income" but as you'll discover in the following excerpt from it, there's no other conclusion to reach than that a basic income would lead to far more meritocratic outcomes, which in my opinion is an extremely powerful argument for basic income.

Essentially, without basic income, "mediocre-but-lucky" people tend to be much more successful than "more-talented-but-unlucky" people, and the most successful people of all tend to be those who are only slightly above average in talent but have a lot of luck in their lives. With basic income, because people with skill and talent have the resources to not suffer disastrous bad luck, they are able to rise above those with less skill and talent whose luck would prevent them from disaster.

It turns out that unconditional basic income functions as universal good luck!

If it's one thing that had the potential to drive me crazy in 2018, it's all the misinformation spewed onto the internet from all over the place about Finland's basic income experiment, including from the paper of record itself, the NYT. Matt Bruenig does an exemplary job in this article of not only correcting the record by fact-checking the NYT, but going underneath it with survey info, to show that even the idea that the people of Finland have somehow turned their back on UBI is wrong.

No, Finland did not cancel their experiment. It was a two-year experiment from inception that took place over 2017 and 2018. The data is now being evaluated and we'll know this year what happened in 2017, and we'll know the final results of the entire experiment in 2020. This information is directly from the experimenters themselves. 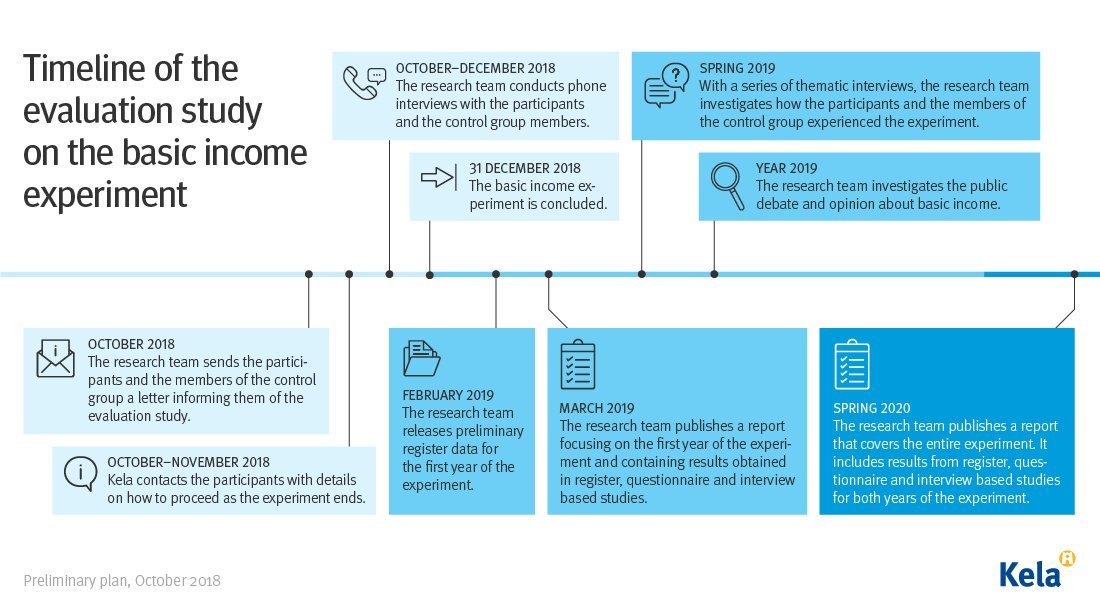 8) "The Great Equalizer: What Dolly Parton and a Tennessee Wildfire Can Teach About Universal Basic Income" by Daniela Perdomo for In The Mesh

In late 2016, a forest fire in Tennessee burned down about 1,000 homes, and in response Dolly Parton came to the rescue of the newly homeless victims with $1,000 per month for five months followed by an additional (and entirely unexpected) $5,000 check in the sixth month for a grand total of $10,000. The results of this basic income were then analyzed by Stacia West. You can read her full report here, but this article is a summary of that report. A 10-minute video documentary was also made, which you can watch here.

Basically, basic income increased resiliency to disaster by helping everyone get back on their feet faster by providing people with what they needed most - cash to self-determine their own priorities. The following excerpt really says it all:

“It was very rare, I can almost get a tear. I just — to talk about it is one thing, but when it happens to you…,” Don Daily trails off for a moment. “I can get a little emotional about it, because it’s just not the way it’s supposed to work, and it did. It did. Saved people’s lives. If nothing else, up in their head where they could keep going on. Just take those next steps.” Daily says the checks were important because we live in “a money world,” but that just as valuable was the freedom and dignity he experienced. And he finds the Gatlinburg community has changed: “People are helping people who weren’t helping before. You can’t buy that.”

There was a lot of coverage in 2018 of David Graeber's book Bullshit Jobs: A Theory, which I absolutely recommend reading in full, but I liked this article about it best because it was a nice in-depth interview with David himself that functions as a solid summary of the book for those without the necessary time to read the book itself.

Learn about flunkies, goons, duct tapers, box checkers, and taskmasters, and consider not only the depth of the problem of a system that's creating entirely unnecessary work, but also how important unconditional basic income is to finally escaping said system.

It's been interesting watching Dan Larimer, creator of BitShares, Steemit, and EOS deepen his understanding of basic income over time, from his posts on Steemit about UBI, to this essay on Medium where he essentially makes Thomas Paine's argument on a worldwide level. As a libertarian you can see his dislike of taxation and welfare, but you can also see his immense dislike of natural resource-based domination. To square these, he suggests a UBI funded by a 5% annual tax on wealth, not based on need, but based on everyone's rightful inheritance of natural resource wealth redistributed every year over an assumed 100-year lifespan. His main premise is natural inheritance and the challenge of making sure each generation, including those not yet born for thousands of years to come rightfully inherit their share of the Earth.

This is a great essay to share with those most hardcore of conservatives and libertarians who shout that taxation is theft while entirely ignoring the theft of the Earth by those who claimed it as theirs long ago. It also should be read by everyone in the blockchain/cryptocurrency world.

I'm listing two here because I recommend reading them both, and I like sharing them both. It's hard for me to say which I like better because they're both great looks at UBI vs UBS, but they each compare them in different ways. Simon's is more of a big picture vs. big picture breakdown of the two, and Jack's is more of a detailed breakdown of each service compared to cash. Read them both, bookmark them both, and share either one when someone suggests a bunch of free goods and services would be a better option than providing people with any cash to pay for goods and services.

As Simon concludes his piece with, "UBI is not a silver bullet in the fight for social justice - but it is at least a real and definable bullet. UBS - at least presented as an ‘alternative’ to UBI - looks like a blank."

4) "The Labor Market Impacts of Universal and Permanent Cash Transfers: Evidence from the Alaska Permanent Fund" by Damon Jones and Ioana Elena Marinescu

This was my favorite paper of the year involving new research in support of basic income. Through the clever creation of a "synthetic Alaska" (a kind of alternate universe Alaska that never introduced it's annual cash dividend) Damon and Ioana cleverly tease out an estimate of the impact of Alaska's Permanent Fund Dividend since its start in 1982. The results? Basically, a bit less-full time employment neutralized by an increase in full-time employment through a stimulated economy, in addition to a 17% increase in part-time employment. If you think providing everyone with a financial floor will lead to economic devastation brought on by less stuff getting done, Alaska's long-term provision of cash to everyone proves you wrong.

3) "Smart money: Why the world should embrace universal basic income" by Annie Lowrey for The Globe and Mail

I feel that every year this list requires the best new UBI summary, something to use to introduce people to the idea. That book this year is Annie Lowrey's "Give People Money", but that article in my opinion is what Annie wrote here through a Canadian context for the Globe and Mail. It's got historical background. It's got evidence with newly created charts. It's even got a few quotes from me. Annie got a lot of media coverage in 2018 for basic income through her book's publication, and until you read it, at least read this.

I read so many things about basic income that are just mostly the same thing remixed in all kinds of ways, so it's really refreshing to read something that really makes me think and reflect on basic income in a new way. This is one of those few that manages to be something novel and thought-provoking. In it, Cholbi makes the case that our desire for work is a behavioral adaptation born of unjust conditions where we have no choice but to work. This understanding is an important consideration as we look at policies designed around automation. People will want to keep working even as there is less need to work, so besides basic income, we need policies that help shift society away from a maladaptive desire to work work work, by pursuing policies like shorter working weeks and lower retirement ages that reduce work.We must consciously "un-adapt" from a work-centered society, and that means also avoiding solutions like JG which perpetuate work-centricity.

We are foxes and leisure time is our grapes. With the rise of automation, it's time we stop looking at leisure as sour, simply because for centuries, we were forbidden from enjoying it.

I don't think there was any link I shared more in 2018 than this link, and it remains one of my absolute favorite breakdowns of the job guarantee versus basic income debate. In this 13,000 word tome of logic and rational thought, Scott obliterates the notion of a jobs guarantee being better than a basic income guarantee. Those who read every word of this and conclude UBI sucks and that unlimited government job creation is a superior response to the automation of labor are simply living somewhere other than reality, or are hiding their true reasoning, possibly even from themselves.

If there's one thing about basic income published in 2018 that you can't not read, it's this one.

Bonus Link: If there's one article of my own among those I've written this year that I'd select for such a list, it's probably The Monster's, Inc. Argument for Unconditional Basic Income, which also got turned into an 11-minute video essay if you'd prefer to watch it instead of read it.

Cheers, and here's to 2019 being an ever bigger year for the basic income movement than 2018!