New on Vocal: Why We Need Modern Monetary Theory (MMT) and Why It Needs Universal Basic Income (UBI)

Also available to listen to in podcast form 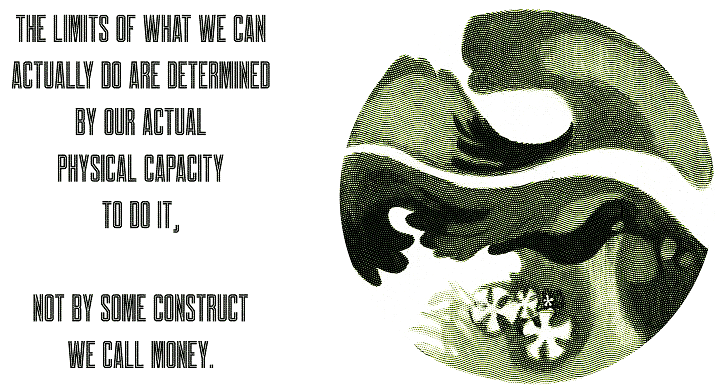 It's published!!! At just shy of 14,000 words, my latest article is the closest thing to writing a book that I've done so far. Despite its length, it's still meant to be readable like an enjoyable book, and not a heavy academic slog that no one will read. I hope readers will agree.

I've long avoided explaining money itself as part of convincing people UBI is a good idea, because that's so much heavier a lift. UBI doesn't require that people understand money and macroeconomics. So I've just explained UBI within the context of what people already think about money and how the economy works. It's a lighter lift to just convince people UBI is a good idea using what they currently think about money.

My thinking changed last year as I watched 2020 unfold. People's lack of understanding of how money works helped prevent emergency UBI from happening. Instead we just got a few stimulus checks, and concerns about the deficit almost prevented two of them from ever happening, and all of them were means-tested. Now we just canceled the UI boost out of a fear of deficits and inflation and people choosing not to work despite the states that already canceled it not showing any worthwhile increase in employment, and despite it being a terrible way to handle temporarily higher inflation, to reduce the incomes of millions of people.

We just can't escape the reality that a poor understanding of money and taxes and the economy as a whole is literally killing us and causing so much entirely unnecessary suffering.

Fair warning: this will likely take you over an hour to read, but there is also the option of listening to it too, which will take one hour and twenty minutes. Thank you for investing your time in reading or listening to this, and thank you as well for recommending it to others too, should you find it to have been a valuable use of your time.

The article is titled: Why We Need Modern Monetary Theory (MMT) and Why It Needs Universal Basic Income (UBI).

You can listen to the article wherever you listen to podcasts via Anchor. Two other options are Apple Podcasts and Spotify.