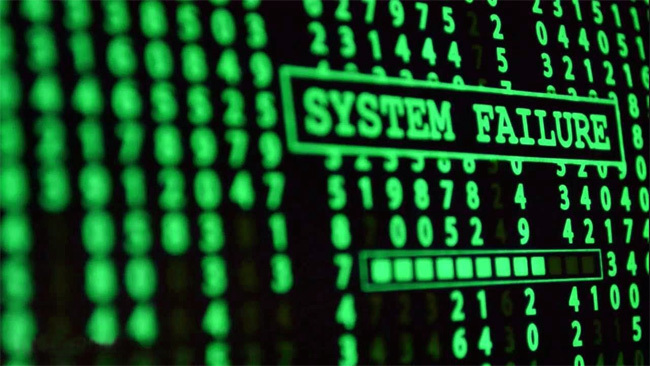 An Engineering Argument for Basic Income 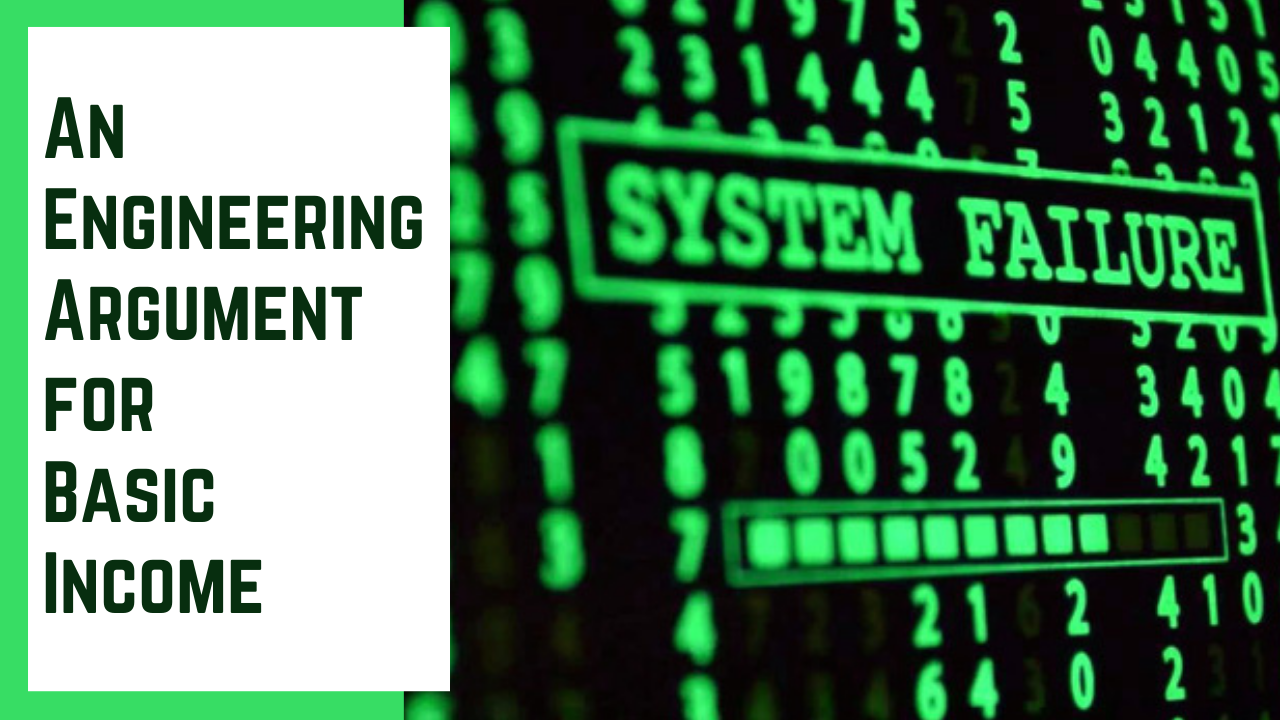 I originally went to college at the Colorado School of Mines to become an engineer. I switched majors to psychology after two years, but I will always think of things from the perspective of engineering for the same reason I originally pursued it: what matters is reality and what works and doesn't work. I love math and I love science, but I really love how engineering takes math and science and applies them to make and improve real things. Being an engineer is about being a realist. It's about pragmatism over theory. It recognizes that the map is not the territory.

So here's one rule all engineers know, and it's Murphy's Law: Whatever can go wrong, will go wrong. Knowing that, failure therefore has to be a part of design. We don't want things to fail, but we know they will, because they always do, so what should be done?

The answer is fault tolerance.

In the event of component failure, a system should be designed to continue functioning either as normal, or at a reduced capacity. And when some system does fail entirely, it should be designed to return to 100% operating capacity quickly. Catastrophic failure should always be avoided, especially for mission critical systems, and even more especially when lives are at stake.

Think planes. If a single component fails, it shouldn't bring the entire plane down. There are ways of avoiding that by incorporating things like redundancy so that multiple backup systems have to fail in order for the entire system to fail, and edge cases so that we consider in advance the full range of possibilities, however rare their occurrence may be.

Because we know things will fail, we should design them in a way such that when they fail, lives are protected first and foremost, wherever lives are at risk. In elevators, it would be bad design for them to plummet with the loss of power. Instead, they utilize fail safe design, where power keeps the brakes off and loss of power activates them. They fail into a safe state, ergo "fail safe."

Okay, so what does this have to do with basic income you may be asking?

It's simple. We know that our primary income distribution system fails. It fails all the time. It's called losing your job. We have a "safety net" designed to catch people when it fails, but that system is really poorly designed, and it also fails all the time, at which point, people can and do die as a result.

We have engineered a life support system without fault tolerance, and we did it because engineers didn't design the system. Politicians did. Special interests did. And it's built on antiquated job-centric moralism instead of contemporary life-centric realism.

Realism demands that we recognize human beings need money to live within a system of private property that withholds legal access to basic resources on the condition of having money or qualifying for government assistance. It is mission critical for people to have money to spend on what they need to live. So just make sure they have it, by supplying it to everyone unconditionally.

Here's how UBI would introduce fault tolerance into our life support system we call the economy:

First, everyone starts with the money they need to live. We wouldn't create a life support system on a space station where in order to receive oxygen, one would need to work to obtain it. Life support is life support. Dead people can't work. So make sure people get oxygen so they can stay alive. Living people will do much more work than dead people.

Next, everyone who works for additional money would be utilizing redundancy. They would have two streams of income. If they did multiple jobs or began earning passive income of some kind, it would be multiple streams of income. Instead of a one-engine plane, they could have two or three or more engines keeping them in the air. If one engine was lost, they'd have others, and because of the UBI, they'd never have zero.

Because UBI would mean incomes never fall to zero, anyone who ever loses their job would fall to the level of the UBI instead of the severe poverty of having $0. We can think of this as what engineers call "graceful failure."

Graceful failure means that a failure does not result in catastrophic failure (e.g. sickness or death), and instead fails in a way that protects people or property from injury or damage.

With UBI, people who lose their jobs would fall to a state above the poverty line, meaning that failure would never result in poverty. This builds resilience into the system. People who still have something instead of nothing are more able to get back up again, and find new employment. They're also more likely to take risks, secure in the knowledge that failure won't result in death.

There is a belief we have a safety net that protects all those who lose their jobs. This belief is a myth. It helps some people, but before the pandemic even hit, 13 million people in America were already living in poverty entirely disconnected from all federal assistance programs. The best functioning program is SNAP, which reaches 3 out of 4 people in poverty, and lasts for 3 months every 3 years. The worst is TANF which varies by state, and in Louisiana reaches 4 out of 100 families in poverty. Disability assistance reaches 1 out of every 5 Americans with disabilities, and the average waiting time to qualify is two years. Housing assistance reaches 1 out of every 4 Americans who qualify. Unemployment insurance reaches about 1 out of every 4 unemployed people.

This leads me to another engineering element of system design: bang-bang vs. proportional control.

Bang-bang design is like the way thermostats typically work. You set the temperature at what you want, and when the environment gets too far above or below that setting, bang, the air conditioning or heat kicks on to bring the room back to the desired temperature, and then, bang, it turns off again.

Proportional control means that the further a system strays from the desired setting, more force is applied to bring it back. It doesn't wait to do anything until a point is reached. It adjusts at all points.

Thus, UBI would respond proportionally to income loss, creating much more stability in incomes than any bang-bang design could provide. Most biological systems utilize such proportional control, because evolution discovered that it tends to just work best when it comes to life support.

Any argument to the contrary is not sound from an engineering perspective.

Therefore, we should always have basic income, so that when these things happen, we're less likely to die, and more likely to scrape ourselves off, and get right back up again.

Unconditional basic income is how to engineer resilience into our social and economic systems.