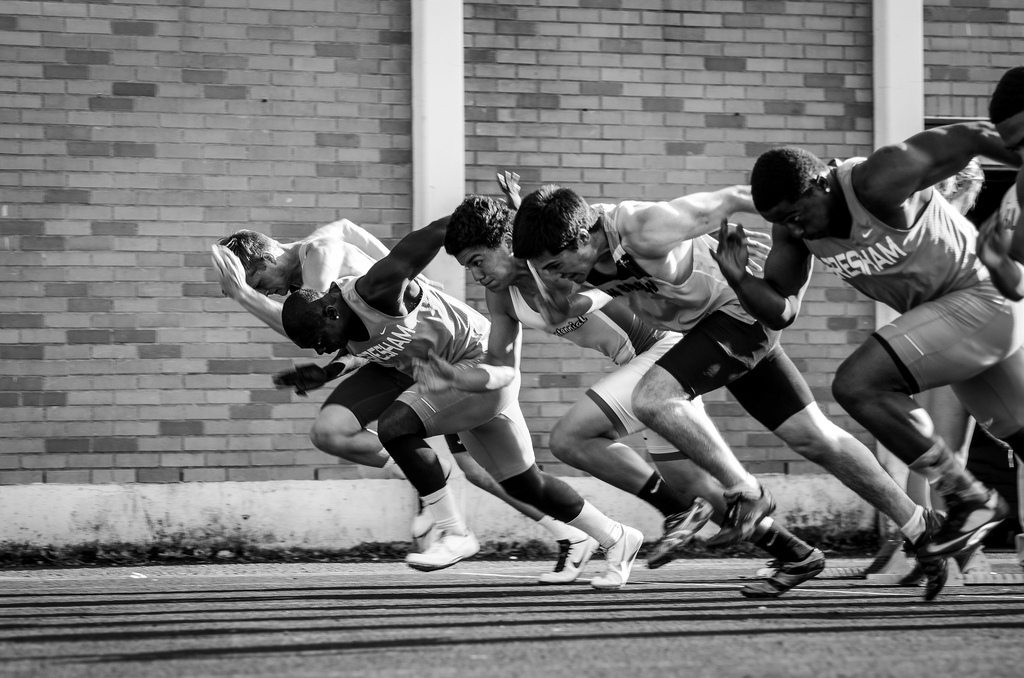 The Disproportionate Effects of a Universal Basic Income

Can UBI function as reparations?

One very interesting but not so easy to understand element of universal basic income is how it disproportionately helps traditionally marginalized groups more than anyone else.

That sentence alone may be confusing. If everyone gets the same amount, how can one group benefit more than another group? Isn't the result really just "welfare for the rich" if everyone gets the same thing? Not at all, and I think the difficulty in understanding this is tied directly into a popular misconception of what money actually is and how taxation will likely be involved.

The fundamental thing to recognize is the moment everyone gets a basic income for the first time, it will not be because we suddenly have more stuff than the moment right before UBI is distributed, or more resources, or more productive capability via human or machine workers. The resources themselves will remain unchanged. Only what we use to measure these things will have been changed. Money is not real, just like inches are not real. Money, like inches, is an unlimited tool of measurement. If you can see that, it's more clear how what's really important is percentage shares of our economy, not absolute values of money.

As an extreme example for sake of clarity, consider an island population of two people where one has $1 million and the other has just $1. Thus one has 1/1,000,000th the spending power of the other; basically none whatsoever. Now give each of them an additional $1 million out of thin air. The size of the million dollar gap may be unchanged, but one will now have $2 million and the other $1,000,001. At this point, instead of having a million times the spending power, the rich one has only twice the spending power of the poor one. Are these labels now even still accurate? Is the rich one still rich or the poor one still poor if one now only has twice as much as the other, and their money can be used to buy an unchanged amount of stuff?

This example of course is a printed money example, but it also shows how inflation isn't necessarily bad. Yes, everything on the island will get more expensive, but if we look at spending power disparity, it's gone from 1,000,000:1 to 2:1. And nothing else has changed. Productive capacity is still the same. The resources are unchanged. It's inequality that has been reduced, and access to existing resources now has a more equitable distribution. So what's the effect on prices?

If there were twenty Big Macs available on the island prior to the $2 million in new money, the rich person could buy all twenty for $5 a piece, and the poor person couldn't even afford just one. Big Macs represented 1/10,000th of the economy. After the big money drop they still do, but likely cost $15 because the money supply has tripled. However, both people can now easily afford all twenty $15 Big Macs because both would be millionaires.

Now, what about supply and demand interactions? Maybe both people really want those Big Macs, so the prices go up accordingly. Let's say they REALLY want those Big Macs (and there's no way of making more), and are willing to spend every penny on them. The result could be one would get 13 of them, and the other 7, because their wealth ratio is 2:1. This outcome, although involving some extremely expensive sandwiches, is clearly more equitable than the original outcome where one got all twenty and the other none.

So expanding the money supply causes inflation, but if the expansion is spread equally per capita, those towards the bottom benefit more than those towards the top. However, most universal basic income proposals are not about vastly expanding the money supply, especially to the point of tripling it. Most proposals involve taxes and transfers. E.g. in such an island example, the one with $1 million could be taxed $200,000 and receive $100,000, going down to $900,000. Meanwhile, the other could get the same $100,000 and go up to $100,001. The amount of money hasn't changed, it's been transferred. But spending power differential has gone from 1,000,000:1 to 9:1. Big Macs still cost $5, and both can still afford all twenty. Under extreme demand, it might result in one getting 18 Big Macs and the other 2, but this is still a more equitable outcome than one getting all and one getting none. Clearly, universality can drastically shift the scales in favor of those the scales are usually tipped against, especially when taxation is involved that targets the top.

As further analogy, imagine a race where it's thought to be fair that everyone is starting at the same starting line, but some participants have the best shoes and training, while some have old worn out shoes, some have no shoes at all, and some have bear traps for shoes. Now imagine everyone is given the same pair of running shoes. They aren't the best, but they're good. It makes the biggest difference of all for anyone going from bear trap to running shoe, to the point they could even finally realistically beat the one with the best shoes and training. It still even makes a big difference (but not as big a difference) for everyone else, except the ones with nicer shoes. And even though they get the good shoes too which they don't need, it won't be as easy for them to win, because the race has been made more fair.

Now let's apply this kind of logic to something much larger, like reparations.

Right now, black median incomes are around $30,000 and white median incomes are around $50,000. That is a result of a complex system that structurally picks winners and losers along racial lines, and consequently distributes access to total resources inequitably as a direct result. I would argue we don't want that. So what happens if we apply universal basic income? Is the effect negligible because everyone gets the same income boost regardless of skin color?

Assume we give everyone $12,000. Black median income is now $42,000 and white median income is $62,000. So what, right? The gap is still the same $20,000 size. Well, remember, it's the percentage that counts, not the absolute value, because what the economy can produce is unchanged. $12,000 is therefore a 40% greater slice of the economy for blacks but a 24% slice for whites. That means the entire US black population would receive almost twice the benefit than whites (unless you're low income and white).

Can such a disproportionate effect be considered reparations? I don't know, but considering the same effect will also apply to other marginalized groups like women, the LGBT population, and those who are disabled as just a few examples, I think such an effect is something we absolutely want for a less unequal society full of greater opportunity for all.

Is universal basic income all that needs to be done to fix everything? Of course not. We need election reform, drug reform, prison reform, police reform, banking reform, education reform, and so much more, but the special attribute of money is that it can help make those other reforms more possible. A huge problem underlying many other problems is the complete lack of economic rights. This needs to be addressed with the demand of a universal minimum income floor.

If the effect of UBI is to disproportionately help those in most need and those we tend to systematically attach anchors to, without any of the racial divisions and bigotry such egalitarian goals would usually involve, I say that's the kind of unequal outcome we desperately need for the sake of justice itself. 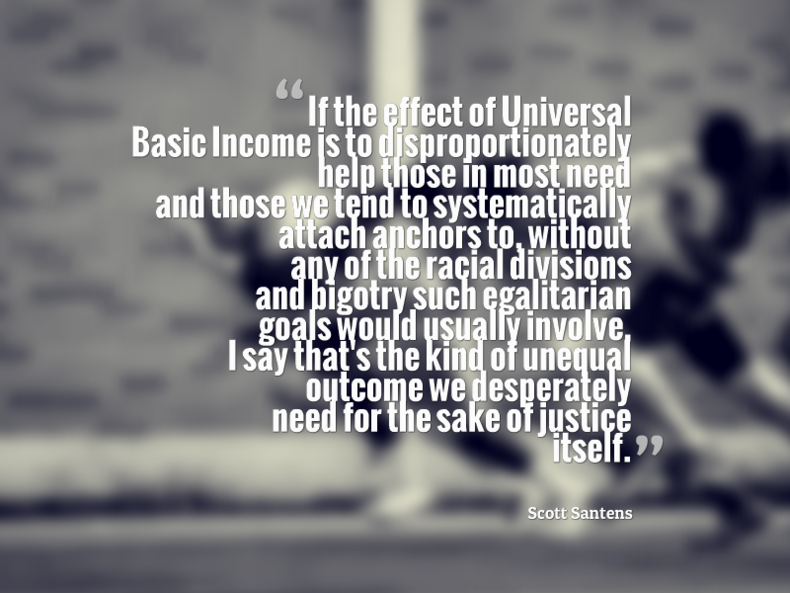 Like my blog? Please subscribe and also consider making a monthly pledge of just $1 toward my crowdfunded basic income.