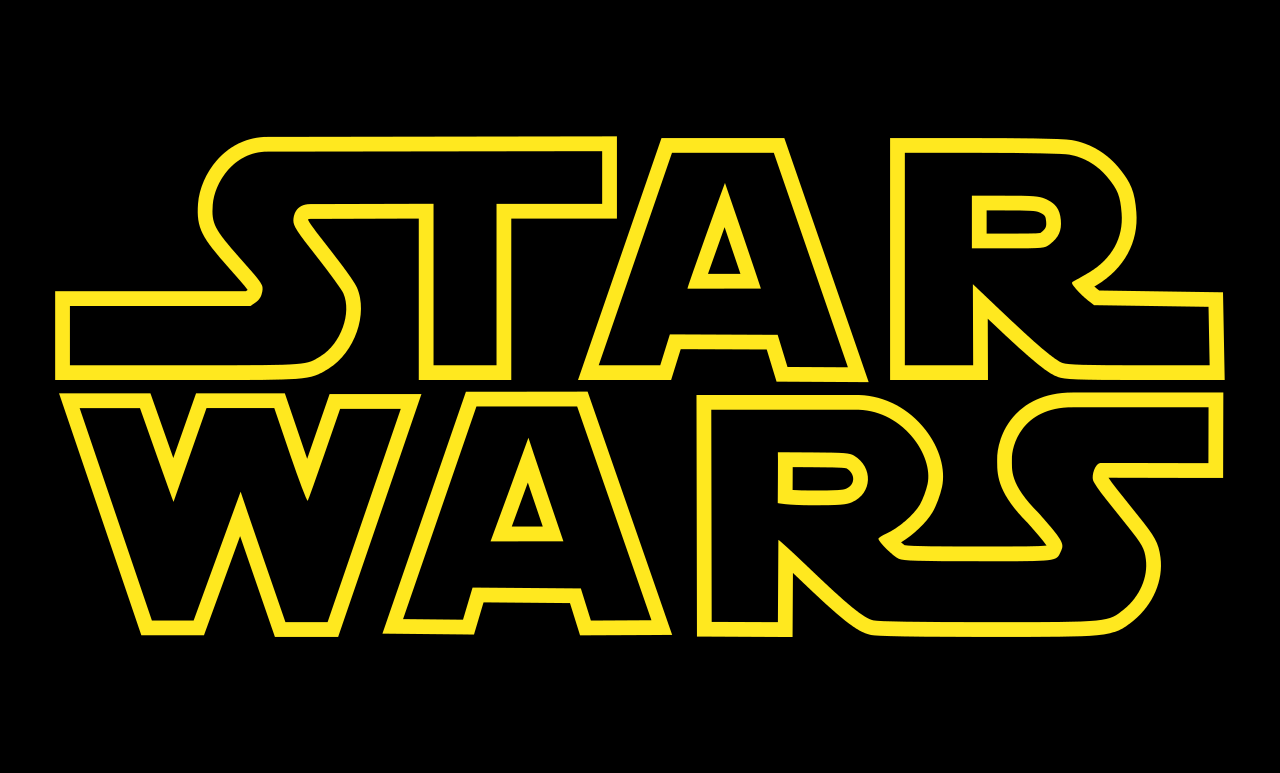 I was recently invited to take part in a panel at the Brookings Institution about the future of work in light of accelerating technological advances, and during that panel (which is now available on YouTube) (and also independently filmed by a YouTuber) I mentioned YouTube as an example of the kind of work I see right now that is new to this world, and yet remains mostly unrecognized as being work. I'd like to expand on that here using another of my passions as an example - Star Wars.

A not so long time ago in a world not so far away, I watched one of the Internet's first viral Star Wars videos. It was called Troops and appeared in 1997. It is a parody of the show COPS within the Star Wars universe and was released onto the Internet for free by its creator, Kevin Rubio who just really loved Star Wars and wanted to make a fan film. If you've never watched it, here you go.

This single viral fan film had a ripple effect, and is considered one of the films that helped create the modern fan film movement. It inspired people to grab their cameras and go out and do the same. The key here is that it inspired. Kevin put a lot of work into its creation and gifted it to the world for free. Fans then watched it, loved it, shared it, and some went about creating their own videos to give back to the world in return. In effect, a video led to more videos, and thus more video makers.

Fast forward to 2015 where recently the final official trailer for the new Star Wars film was released onto the Internet. Released on October 19th, it's already been viewed over 52 million times.

Upon its release, thousands of fans immediately recorded themselves reacting to the trailer, and uploaded those reactions to YouTube.

One of these fans was even one of the stars of the movie.

Some fans immediately created reviews of the trailer.

Then a few fans took some of those recordings, combined them together, and created reaction mashups of multiple fans all reacting simultaneously.

It's these mashups I find particularly compelling, as the level of emotion across so many faces and voices is palpable. There's something in a video like this that I think illuminates how far we've come and where we're going. We are so much more connected and we feel joy in watching each other feel joy.

The Present Future of Work

Everything we've created has always been a remix of what came before it, but now thanks to digital media, it's easier to recognize. What we create is not only consumed, but serves as soil and seed for new creations which we want to widely share with each other in turn. We are driven by our passions to use our new tools to create in positive feedback loops of creation.

Meanwhile, I also find it fascinating that every video above is at its core a commercial for a new product. Disney created a trailer to help sell the movie, and fans responded by not only consuming the trailer, but amplifying the signal with more commercials. We are essentially doing Disney's work for it, for free, out of love for the product we haven't even consumed yet. We have become creative consumers.

I am constantly amazed by what I find on YouTube. It is so full of boundless creativity. This creativity has always existed, but people were limited by a lack of tools. Digital technologies and the Internet have changed this, enabling content to be created and widely distributed at a greatly reduced cost.

Star Wars itself has been recreated shot for shot by fans as Star Wars Uncut. Star Wars: A New Hope was chopped up into 473 15-second scenes to be claimed and recreated by thousands of Star Wars fans all over the world in any way they wished. The result is a brilliant crowdsourced gumbo of global creativity that's been viewed over 4 million times. It has also already been followed up with The Empire Strikes Back Uncut.

A fan edit of Star Wars: A New Hope created by Adywan called Star Wars Revisited is in my opinion better than any official version out there. He went through and cleaned everything up frame by frame and even added new effects and corrections which are impossible to tell are new unless you're a hardcore fan. He's since been working on a Revisited version of The Empire Strikes Back which has been taking years because the amount of minute detail he adds is mind boggling.

Possibly my favorite channel on all of YouTube is RedLetterMedia, who became world renowned with their hour-long review of Star Wars: The Phantom Menace, which they followed up with similar length reviews of the rest of the prequels and many more films since through a variety of YouTube show formats.

Everything RedLetterMedia creates is freely watchable on YouTube, but because they're on Patreon, fans choose to voluntarily support them to the tune of over $13,000 per month. This I believe shows an excellent example of the future of creative funding. If creators have the funds to create, they will create, and they then have the option of not having to sell what they create, but gifting it to the world instead. This also points the way toward what Paul Mason has recently described as Postcapitalism by way of an expanding sharing economy.

Next, there are those who record their playthroughs of Star Wars games which they then edit and compile into movies to watch. This is Star Wars: The Force Unleashed as a one hour movie. Not everyone can afford video game systems or the time to play them, but they can watch others play through YouTube. I'm one of them.

These are effectively a new kind of movie, only made possible by someone playing all the way through a video game successfully, and in my opinion, far more enjoyable to watch than many if not most movies currently being released in theaters and costing tens of millions of dollars to produce.

By the way, there's a lot of value being created by people recording themselves playing video games and sharing it all with others. The video game streaming site Twitch was sold to Amazon last year for about $1 billion. Believe it or not, playing video games is now a new kind of work.

If you think that doesn't make any sense, some work makes even less sense than that. This is an edit of Star Wars: A New Hope, chopped up by individual word and alphabetized. It reportedly took 42 hours by a Google engineer to create and has been viewed over 1 million times.

The above might seem an example of some amazingly useless work, but who knows what the software that created it could be applied to?

And finally, this animated short film was created by a single fan over the course of four years in the attempt to realize his dream of an anime version of a Star Wars battle.

It is this last example that amazes me more than all others. Consider again it was created by a single individual in their free time over the course of four years, for zero compensation. He doesn't even have a Patreon page, and says if you want to thank him, "give someone at your workplace, uni, school or whatever a random bar of chocolate or can of Coke or something."

All of the examples above are of intrinsically motivated work, but this last one... this is transparent passion. Could he have ever created it without the time and resources to do so? He also did it mostly on weekends. What if he'd had more time than just weekends?

This is all also just a tiny slice of the whole. It's just one fandom on one platform. There are countless more out there, and countless other forms of unpaid and unrecognized work than found within our digital realms. And even if we look at all of it, it's still just the work being done by those with sufficient time and resources.

What if everyone had more time and resources?

How much more passion work will we see with a universal basic income? If no one need worry about hunger and homelessness, how much more creativity will we see? If everyone has a platform on which to build, what will be created? If people can choose to do the work that provides them meaning, and leave the jobs best left to machines to machines, imagine the amount of unleashed creativity we all have to look forward to from each other.

This idea that we must force people to work is bunk. It's bunk because the best work any of us do is the work we voluntarily do, and even though we are today already surrounded by this work, we don't even see it. We don't see it because we are blind to it, and we are blind to it because our eyes have yet to focus on our new machine age of abundance.

We are living in a new world. Scarcity is behind us. Where we once toiled in fields, technology now increasingly toils for us. Those who are free from toil use technology to create, and these creations when digital exist in infinite supply and can be enjoyed anywhere in the world, by anyone, at little to no cost.

This is the world of work we have to look forward to, if we choose to fully free everyone from toil with a universal basic income, so as to enable anyone to pursue their passions, and as a society pursue full automation and full unemployment. It is our new new hope.

If we don't choose to do this, what's the point of all this technology anyway? To construct Death Stars in pursuit of full employment?

That is not the future we're looking for... (waves hand)

Want to try a little experiment to see if in doing so, you begin to better see the future of work? Cut the cord. For one month, watch only free YouTube content instead of anything on broadcast or cable TV. Subscribe to those producing content you enjoy. Thank them by liking and sharing their videos, or even becoming their patrons. Suggest others do the same. Let's call it the YouTube Challenge.

This blog is made possible by those who have freed me to create with a basic income.